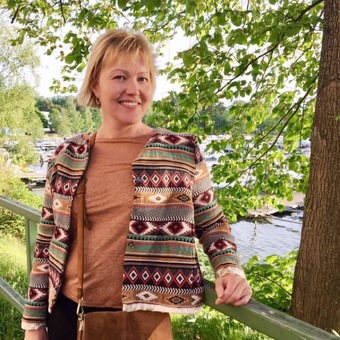 She has a masters degree in marketing and worked 15 years in international companies. After being diagnosed with high blood pressure in late 2017 she decided not to take medicine, but to change her life instead.

Mirka took her first yoga education in India in early 2018 followed by a Vipassana meditation in Nepal. She has since broadened her knowledge with authentic flow and yin. She has recently taken an education as a certified reiki healer, too.

Mirka has a regular meditation practice and she always incorporates meditative elements and visualisation in her classes. Her classes tend to have themes which fit to the current season or other cycle in the nature.

Mirka is originally from Finland. She speaks fluent Danish, so feel free to communicate in Danish with her. She holds most of her classes in English though, so that everyone can join.

You can find Mirka on Facebook, her yoga page is called “Yoga with Mirka”